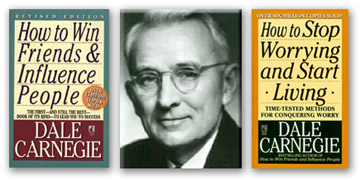 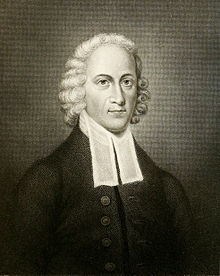 It all depends upon how you look at it. The first quotation is from Steven Watts’ Self-Help Messiah, Dale Carnegie and Success in Modern America (2013), page 147:

Carnegey [sic] may even have glimpsed his own future. “He who can tell us how to earn more money, lengthen our lives, better our health, increase our happiness, is sure of an attentive audience,” he wrote. “If you know what people want and can show them that they will get it following your proposals, success is yours.”

And Jonathan Edwards sermon, “The Kind of Preaching People Want”. Here is an excerpt:

If ministers were sent to direct men how they might fulfill their lusts, they would be much better received than they are now. For instance, if ministers were sent to direct people how they might gratify their covetousness, and to tell them of means by which they might grow rich and get abundance of the world, they would be a great deal better received and harkened to than they are now. They would listen to such directions as these with much greater diligence than they do when the minister directs them how they may get heaven and obtain everlasting riches.

And as a bonus, Jesus:

19 “Do not lay up for yourselves treasures on earth, where moth and rust destroy and where thieves break in and steal, 20 but lay up for yourselves treasures in heaven, where neither moth nor rust destroys and where thieves do not break in and steal. 21 For where your treasure is, there your heart will be also.