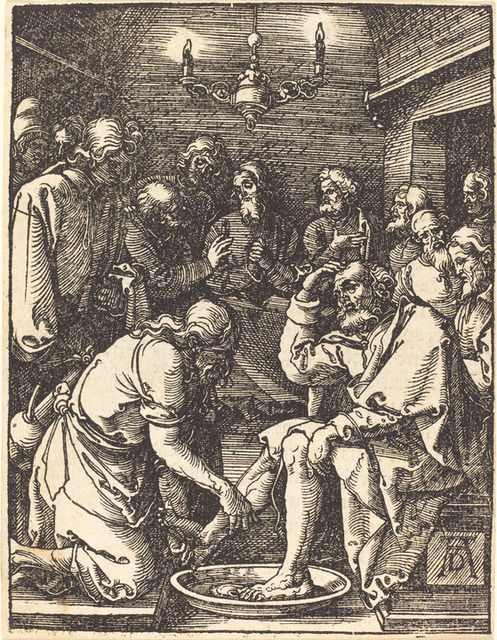 Goodwin begins his analysis with John 13:1:

Now before the feast of the passover, when Jesus knew that his hour was come that he should depart out of this world unto the Father, having loved his own which were in the world, he loved them unto the end.

Goodwin argues that in what follows, John writes to “set open a window into Christ’s heart and give a light into, and put a gloss and interpretation upon all that follows. The scope where is to show what his affections would be to them in heaven”.

Jesus knows that the cross is coming; that “the Father had given all things into his hands” (John 14:3).  What then does Christ think of; what does he do? He washes his disciples feet: Rather than thinking of what he would gain for himself, “he takes more for his own, who were to remain here in this world, a world wherein there is much evil”. The knowledge that he is coming to the end, draws out his compassion towards “his own”: “The elect are Christ’s own, a piece of him .. not as goods…his own children, his own members, his own wife, his own flesh.” (p. 97)

Goodwin explains the purpose of washing their feet as follows:

And what was Christ’s meaning in this, but that, whereas he should be in heaven, he could not make such outward visible demonstrations of his heart, by doing such mean services for them; therefore by doing this in the midst of such thoughts of his glory, he would show what he could be content (as it were) to do for them, when he should be in full possession of it….So you see what his heart was before he went to heaven, even admit the thought of all his glory; and you see what it is after he hath been in heaven, and greatened with all his glory, even content to wash poor sinners’ feet, and to serve them that come to him and wait for him. (p. 98)

And, this washing signifies his willingness to wash away their sin.

2 thoughts on “The Heart of Christ in Heaven, to Sinners on Earth (Thomas Goodwin) 2”