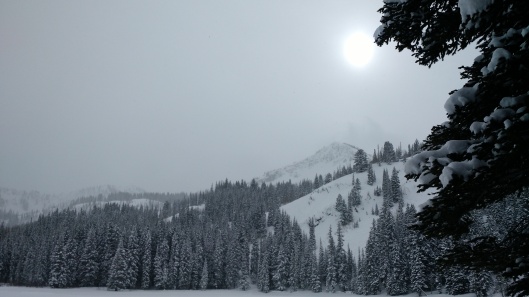 Exile is a change of place that brings no evil it, but in opinion: a complaint and affliction wholly imaginary is the description some have made of it. but it seems to me to be rather a Stoic vaunt than a Christian’s just estimate of the evils of that condition.

What trial else would it have been of Abraham’s faith to leave his country, kindred and father’s house and to go to a land God would show him? Or why did God enjoin Israel to pity strangers, because they themselves were strangers in the land of Egypt. Why have legislators deemed as a punishment for grand crimes and next to capital [punishment]? Of why have many looked upon it as worse than death, choosing rather the lot of the goat that was to be sacrificed, then the lot of the scapegoat, which was to be sent into the wilderness?

Is it not because (as Philo says) death is the full end of all evils? But banishment the beginning of many new ones? Want, scorn, oppressions, unjust jealousies, are the daily hard measures that exiles must expect to meet with; he must thank him who demands his coat, that he asks not his life, and he must oft redeem his life with the little money he has that should buy him bread to preserve it. He must be armed with nothing but patience, least he be apprehended as one that has in design the death of some other.

And yet how many arguments of comfort can my thoughts suggest to such Christians, who for the truths’ sake either dread this cross or feel it. They break forth so on the right hand, and on the left, as methinks I may say,
Sing O ye banished,
cry aloud
for more are the comforts of the desolate,
than the comforts of those that sit under the shadow of their own roof.
I will not tell you that you have the same Sun and Moon to shine upon you that kings have; that the stars appear unto you in the same greatness and beauty which they do to others. That you enjoy the same common elements that they do.

These and such like topics are to be plentifully found among the moralists. But all their precepts and sentences are like arrows that fall short of the mark. They could never reach that solid contentment they leveled at it.

Hear then, ye dejected Christians what your comforts are
Whose crosses are no more than others,
and whose supports are far greater.

Are you banished from your native country? What other condition do you do you undergo then Abraham did, the Father of the Faithful and the Friend of God, and will you murmur if God deal with you no worse than his favorite?

If you are out of your own land, do you not still tread upon your Father’s ground? Is not the Earth the Lord’s and the fullness of it? Did never any thrive in a strange soil and like transplanted trees gain by the change? Have ye forgot what God did for Joseph in Egypt Of for Daniel and his associates in their captivity? who like stars when they set in one hemisphere did rise gloriously in another?

But if still you be impatient, and in dislike with your estate, lest me ask you if the best of a wicked man’s condition be not worse? Is it not better to hunger and thirst for righteousness’ sake than to fare deliciously every day with the rich glutton of the Gospel? Is it not more eligible to be an Israelite in the wilderness, than to be a courtier in Egypt?

Can you not speak better of your miseries than wicked men can do of their mercies? You may say, blessed hunger, blessed poverty, blessed mourning, blessed persecutions and reviling Christ himself having blessed your afflictions and also cured their enjoyments: He has entailed an eternal woe upon all those things wherein they place their welfare: their riches, their fullness, their mirth, their applause, and credit with all men. And he has promised to them that endure temptations a crown of life when they are tried. Be not therefore dismayed O ye of little faith who have every bitter thing at present sweetened by promises, and within a little while shall have all the hardships of a desert turned into the plenty of a heavenly Canaan.

And yet methinks some there be who are still unsatisfied and ask if it be nothing to party with dear relations and society of friends? And to be caste upon strange faces and languages that they understand not? To be a once in great measure both deaf and dumb, not hearing what others say to them, and beings also unable to speak the least words to others. That these are sore evils, I shall not make it any part of my task to deny.

Put yet how many are there who have exposed themselves to all these evils and have undergone them voluntarily, which you suffer out of constraint? Have not some for curiosity’s sake, and a thirst for knowledge, traveled through vast and dangerous wildernesses and borne, with much patience, the excess of heat and cold? Have not others out of a covetous desire of gain parted with friends and country for many years? May I not then send the faint-hearted Christian to learn of the resolute worldling, as Solomon does the sluggard to the pismire [Middle English for “ant”]?

Shall he set a higher estimate upon earthly treasures then you upon heavenly? Shall he out-face dangers that you shrink at? Shall he quit parents and children that are pieces of himself and embrace solitude in foreign regions, and shall you reckon yourself as free among the dead while you do the same thing? O what advantages do you have above him, both to do and suffer?

In your solitude you may say as Christ did in his, Yet am I not alone, because the Father is with me. In your sorrows, you may glory as Paul did, This is our rejoicing, the testimony of our conscience, that in simplicity and godly sincerity we have had our conversation in the world. In loss and spoil of your estates, you may pray as Pauline’s did when the Goths wracked Nola: Domine, ne excrucier propter aurum & argentum; ubi enim omnia mea sent tu scis: Lord, let not the loss of these things disquiet me; for thou knowest where I have laid up all my treasures

In your banishment, you may comfort yourself with the common lot of all believers, who are no other than pilgrims and strangers while they are at home in the body and absent from the Lord? I shall add-on more but an excellent saying of Basil: 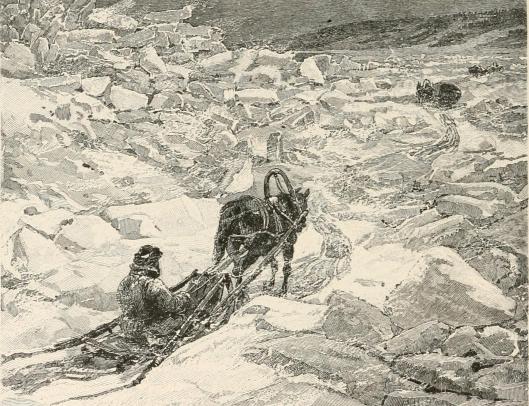 He need not fear confiscation that hath nothing to lose;

nor banishment, to whom heaven only is a country;

nor torments, when his body will be dashed with one blow;

nor death, which is the only way to set him at liberty from sin and sorrow.

Oh! but when a proud man is under troubles and afflictions,

his head and heart are full of plots and projects

how to get off his chains,

and to get out of the furnace, &c.

A proud heart will say anything,

and be anything, to free himself from the burdens that press him,

but an humble soul is willing to bear the cross

as long as he can get strength from heaven to kiss the cross,

to bless God for the cross,

and to glorify God under the cross.