He said, “There’s no difference between Death and Life.” “So,” someone said, “Why don’t you just die?” “Because,” he said, “there’s no difference!”
To the question, “What came first, night or day?” “Night,” he said, “by one day.”
Someone asked him if it would be possible to hide evil from the gods. He said, “Not even in your thoughts.”
To the adulterer who wanted to know if he should swear he didn’t commit adultery, he said, “Adultery’s not worse than perjury.”
Being asked, “What’s difficult?” He said, “To know oneself.”

“What’s easy?” He said, “To tell someone else what to do.”
“What’s pleasant?” “To get the goal.”
“What’s divine?” “That which has neither beginning nor end.”
“What would surprise you?” “An old tyrant.”
“How might one bear really bad luck?” “To see your enemy doing even worse.”
“What is the best, most righteous way to live?” “Don’t do that which we condemn in others.”
“What’s happiness?” “A sound body, together with a rich soul and a well-taught life.”
He always remembered to tell his friend, whether present or absent, that beauty did not come from one’s appearance but by doing that which is beautiful.
“Don’t do evil to get money,” he said, “and don’t let a single word throw away those with whom you have shared your trust.”
“Whatever you have done for your parents is what you should expect from your children.”

END_OF_DOCUMENT_TOKEN_TO_BE_REPLACED 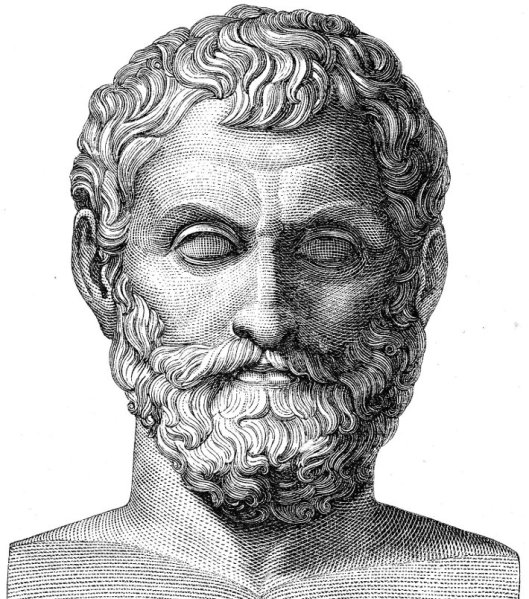 These are the apophthegms which bear his name:

The eldest of all being is God for God is not created.
The best, the Cosmos: for it is God’s workmanship.
The greatest,space: for it holds everything.
The fastest, mind: for it runs through everything.
The wisest, time: for it searches all. 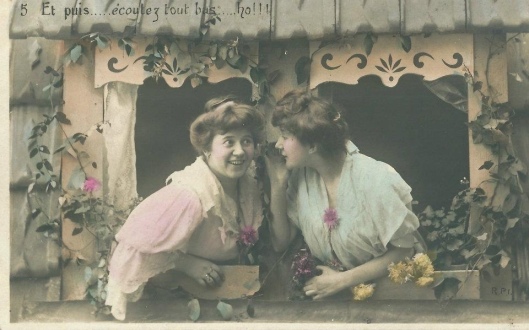 More concerning Thales (circa 585 B.C.), from Diogenes Laertius, The Lives of Eminent Philosophers. Today, a song:

Of the songs about him is this:

Don’t suppose that many words
Will prove the thoughtful heart
Search for that wisdom
Seek for that good
For that will tie the endless, prating tongues of men

END_OF_DOCUMENT_TOKEN_TO_BE_REPLACED

The beginning of all reality is water, and the world is in-souled and filled with spirits.

END_OF_DOCUMENT_TOKEN_TO_BE_REPLACED

It is said that once, when he was taken out of doors by an old woman in order that he might observe the stars, he fell into a ditch, and his cry for help drew from the old woman the retort, “How can you expect to know all about the heavens, Thales, when you cannot even see what is just before your feet?”