Upon a Physician Feeling the Pulse 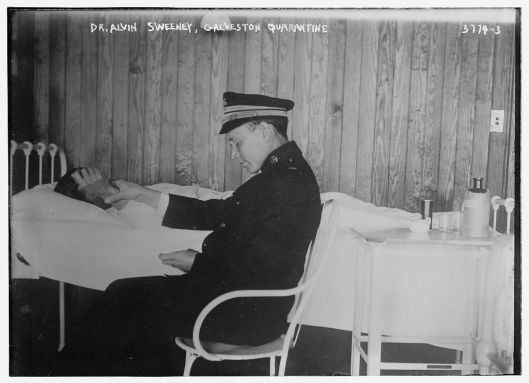 How often and how exactly do physicians feel the pulse of their patients? Not a day passes without a strict observation of the motion that it makes, according to which they judge both of the greatness and danger of the distemper, and what issues are like to be both in respect of life and death. They do not as other visitors, ask the patient how he does, but rather inform him how he is, and from the report which they make of his malady, his fears and hopes are more or less.

And yet how rarely do they feel their own pulse, who are so seemingly anxious about another’s. Days, weeks, months do elapse and pass away without any such studious heeding of themselves, as they continually in their profession exercise towards others. And yet happily and so doing they are as the priest in the temple who (as our Savior says) profane the Sabbath and are blameless.

But they osscaion me to think of the practice of many, who cannot so easily be acquitted; such you are severe observers of other men’s ways and actions and yet as great the neglecters of their own; who are far more glad that they can espy a fault than others, than grieve but it is committed: who presume to two look into the breast and To discover how the affections, which are the pulse of the soul, do beat and work in every duty.

And someday mistake the heat of their zeal as resembling a high and vehement pulse who strength comes not from health but from fever. And others, they condemn lukewarmness, an indifferency, whose affections they judged to be as weak and slow pulse, or is the springs of a watch that is well nigh down; which clicks and moves very faintly. In some again, they observed an inequality in their profession, which is accompanied with frequent stands and pauses that they make; like the asthmatic and short breaths persons, they run a while and blow longer, before they can move again. And upon these they look with this sad accountants as a physician does upon his patient as a false and intermittent pulse.

Few or none can be found to escape their censure, who observe the feelings of others, as some ancient critics did the imperfect verses of Homer, which they learned by heart, not at all regarding the many good. But what can be more contrary to law and rule of Christianity in such practices? How many prohibitions are gone out of the court of heaven to stay such a regular proceedings? Are we not by Christ forbidden to judge that we be not judged? To judge nothing before the time the Lord come?

And yet what if any man could know the true temper of the affections of others, as as fully as a position can distinguish between a well in sick pulse, would this knowledge be any great advantage onto him while he it Is both ignorant and regardless of his own estate? Would there bye find such joy and comforting himself as he that by an impartial examination of himself can discover the truth and sincerity of his own heart to Christ, though he can say nothing of others? Surely this man, as the hungry, would be filled with good things; when the other, as the rich, should be sent away empty.

He as the humble publican would be justified, when the other is the proud Pharisee should be condemned. Let others then physician like Study the condition of others, I shall look upon it as my duty and make it my work not to find out what others are, but what I am in regard of my unfeigned love and affection under Christ who has transcendently merited my love, when I am wholly unworthy of his.